The Passing of the Peace

The habit of “Passing the Peace” predates early Christian worship going all the way back at least to the time of King David. In Psalm 122, David writes, “I was glad when they said to me, ‘Let us go to the house of the Lord.’” Later in that same psalm he writes, “For my brothers and companions’ sake I will say, ‘Peace be within you!’” 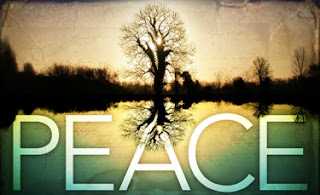 This greeting is simple, yet profound. By extending our hands and exchanging “Peace” we acknowledge to one another that Jesus Christ is at the heart of our coming together. We express our solidarity in Christ with each other. Further, the cumulative impact of passing the peace week after week shapes our hearts that our lives together conform more perfectly to the words themselves. Finally, when we regularly pass the peace we practice God’s call “to maintain the unity of the Spirit in the bond of peace.” (Eph. 4:3)

As we pass the peace, take a moment to turn to those around you and share in the blessing of peace given to us by our Lord Jesus Christ. Rather than an opportunity to merely chat or catch up, use this time to build one another up with these simple words.

Feelings of fear, anxiety, and uncertainty can seem ever present.  In several places in the Christmas stories we see God's people being encouraged “not to fear” or “to take courage.”

the Angel of the Lord says to Joseph, “Do not fear.”

What is it that Joseph fears?

Apart from fearing the angel, we see from the text that Joseph is “considering these things (what to do about Mary) in his heart.”

He was betrothed to Mary, Mary is pregnant, and it is not his child.  Joseph is trying to figure out how to navigate a bad situation. His life had taken a significant turn with betrothal, now it takes another turn.  Joseph's recent dreams of his future were not supposed to look this way.  At this point none of his possible futures seem ideal.  Joseph is lost, fear comes from uncertainty.

It is here in a new dream that the angel appears to him and tells him to go forward with the least ideal of his plans. And the angel says, “Do not fear.” Or if we invert it, “Take courage.”

This fear, this uncertainty, the weight of the decisions we have to make, or the decisions that are made for us, can give us great anxiety. Our future is unknown and often feels hopeless and lonely.

The word of God through the angel tells Joseph not to be afraid, to have courage.

His message contains several points of encouragement. But the first thing the Angel says to him is that he calls him by his name, “Joseph, Son of David.”

His word against fear begins with a naming, a statement about Joseph's identity. In this moment of uncertainty, anxiety, and fear, The Lord names Joseph - “Joseph, Son of David.”

How does this identification help Joseph to take courage?

By naming Joseph, “son of David.” God is orienting Joseph to reality, like finding north on a compass.

Joseph name comes with the history and reputation of his line. Joseph is of the Kingly line. His ancestor was, David, the greatest king of Israel.

It emboldens Joseph with the responsibilities and mission that comes with the name. A Son of David has the mission of David. Joseph can take courage, in David's name, and proceed without fear knowing he goes forth as his ancestor did before. It is a path with purpose, a goal, and it is a worn path.  Joseph is not lost, he is on the path of kings.

The history and mission of his name, are part of how naming Joseph gives courage to him by communicating Joseph's relationship to God.

The kingly legacy was a covenantal legacy. The anointing and establishing of David as king was a union between God and man. It was, “God with us.”

But Joseph's identity is not our identity. We are not Judah-ites.

How does our name encourage to go forward into uncertainty and trials without fear?
The beauty of Christmas, is in the incarnation. In Christ, all of the “God with us” s come together in their fullness. God is with us. The 2nd person of the trinity took on humanity to be with us as only he could make happen himself.

And because of Christ you have a name. It is not Son of David. It is “Christian.”

“Christian” is our identity. We are baptized into the name. We are in Christ, united to him.

And with this identity before us we can see things in light of a who we are: Do not fear, you are a brother or sister of Christ, you are sons and daughters of God, you are those free from sin.

And we with the name “Christian” walk the path he has gone down. Trials, temptations, suffering, joy, peace, boredom, we need not fear for in our very name we have encouragement that Christ is with us.  We are not lost, we are on the path of the King.

What you face is part of your calling and mission. In Christ we share his mission. The uncertainties before you come with a stamp of divine purpose. The future may be ominous and unknown, but it is not without the guiding hand and purpose of God. Our paths are foremost his paths.  We are not lost, we are on the path of the King.

The coming of Christ, the incarnation of the 2nd person of the trinity, brings a message to you every day. It is deep within your new name.  And that message is, “Do not fear. Take courage.”

You are united to Christ. His name is your name. "And they shall call his name Immanuel, which means, God with us."